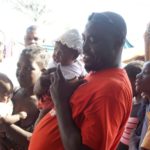 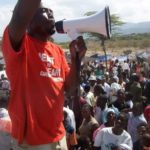 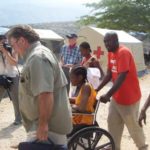 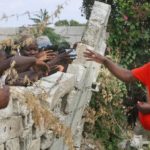 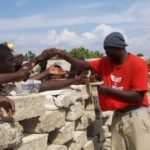 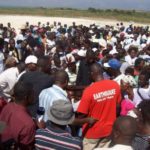 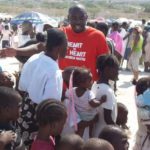 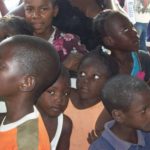 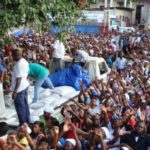 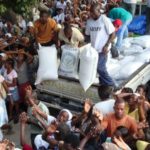 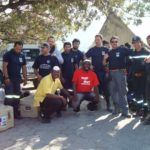 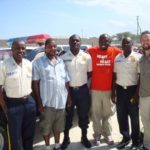 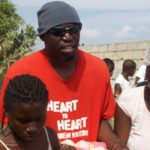 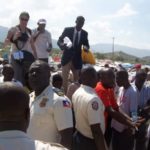 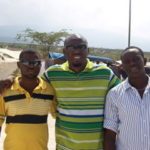 For nearly a week, the road to find Daniel Thelusmar’s brother was blocked by a nation of people desperate for help. He left Tampa three days after the earthquake. He left his job at Humana, left his Creole radio show, his college coursework, and his church congregation in north Tampa. He promised to call his wife and his three young children — if he could — and he got on a plane. Born in Haiti and fluent in six languages, Thelusmar, 31, knew he could help with the relief effort. What he didn’t know was whether his older brother, Fenel, was alive or among the estimated 200,000 who had perished in the quake. But from the moment he landed at the airport in the Dominican Republic, finding Fenel seemed to fall farther down the list of things he had to do. An American rescue worker needed help getting his search dog through customs. Thelusmar translated and then accompanied him all the way to Port-au-Prince. “I was thinking of all the people trapped in buildings and I had to help him,” he said. Hospitals needed translators for foreign doctors. Food and water distributors begged for someone to guide them through a nearly unnavigable city. Three more days passed. Wednesday, his mother called him. Please, she implored, stop what you are doing. Go find Fenel.

Thursday morning Thelusmar climbed into the front seat of an SUV he procured for the day and asked the driver to take him to Matissant, the neighborhood where he grew up and where he hoped to find his brother still alive.

What he could see out the window was horrific. What he remembered was painful, too.

To get to Matissant, Thelusmar had to pass the spot where several years ago he was kidnapped by a gang from a nearby slum. He trembled visibly as the SUV slowed down in a traffic jam.

“Some things are too traumatic to really get past,” he said.

In December 2005, Thelusmar had gone to Port-au-Prince on a trip to deliver food and clothing to an orphanage. On the way, gunmen fired on the car. His companion’s arm was severed and he was captured.

Two women held hostage with him were shot in the head. He was released a few days later after friends in Florida paid a $10,000 ransom. Psychologically shaken, but undeterred, he returned repeatedly on other missions.

“I believe we Haitian-Americans — so blessed to be in the U.S. — must do what we can to help our beloved Haiti,” he said.

The SUV bumped its way along the dirt roads of La Saline, a slum of tin lean-tos near the port. This was where Thelusmar’s mother once sold rice and beans when he and his brother were young.

He could see that because there is so little concrete in La Saline there was not as much damage from the earthquake on Jan. 12. The dirt was neatly graded and there were fewer garbage piles, a noticeable change from a year ago.

“Between Préval (the president of Haiti) and Bill Clinton (special envoy to Haiti), things were beginning to improve here,” he said. “But now, who knows?”

As the car passed the La Saline market, Thelusmar talked about what happened to his brother and him there on Feb. 7, 1986, the day that President Jean Claude Duvalier fled to France during a people’s revolt. The two boys watched in horror as angry supporters of Duvalier hacked a salesman to pieces with machetes. They threatened to hack Thelusmar’s 13-year-old brother to death unless he ate a chunk of the dead man’s flesh.

“My brother has not been right since,” he said. “I pray I find him and he’s okay.”

The driver stopped at the family’s church, the Church of God of Prophecy based in Tennessee, so Thelusmar could fulfill another promise to check on his mother’s friends. People ran to him, some weeping, others laughing. He called out their names, mentally checking off six names from his mother’s list of a dozen or so.

Many parishioners are missing, no one knows how many, he was told. Eight churches have collapsed and five children in the orphanage were killed.

“We need food and water badly,” a deacon said quietly.

Thelusmar gave out what he had — saving some juice, milk, water and bread for his brother and his family — promising to come back.

Turning onto the gravel streets of the Pavee district, Thelusmar gasped. For blocks in all directions, he could see only rubble with an occasional concrete slab teetering against a pile. People walked by, heads down, cloths over their faces to mask the stench of rotting bodies.

“This is the worst we’ve seen and we’ve seen some very bad things,” Thelusmar said.

Unlike the wealthy hillside district of Petionville, where rescuers and relief workers from more than a dozen countries had been digging for more than a week, there was no one in Pavee.

“The poor are always the last in Haiti,” Thelusmar said. “It is not right.”

The SUV negotiated narrow corners, winding its way into Matissant. It passed Thelusmar’s primary school, which had partially caved in. He recalled that as a young student, he made his way to the port and onto the merchant ships coming in. He learned his languages from the foreign sailors.

Thelusmar was 15 when President Jean Bertrand Aristide returned to Haiti in October 1994 with the backing of the U.S. Marines.

That gave him his first job as a translator. He still has a letter thanking him. Next, he got a job on an American missionary ship. Missionaries helped him get a visa to the United States.

He married a Haitian-American, had three children and made inroads throughout Hills­borough County. He started his own mission, Heart to Heart Caribbean Ministry.

“If it hadn’t happened this way, I would not be among those coming home to help,” he says. “I would instead be one of the many victims.”

As the car turned down Third Avenue, his brother’s street, Thelusmar jumped out and ran toward a tin house. It was empty.

He ran to another and another. A man yelled to try across the street.

He opened a door without knocking. His brother’s wife saw him and whooped with joy. She wrapped him in her arms, swaying back and forth.

“Where is my brother?” Thelusmar shouted.

From a dark, narrow corridor a thin man stepped into the light.

They hugged, not letting go for more than a minute.

“Haiti is broken,” whispered Fenel, his voice cracking. “Most of those who didn’t die will be crazy.”

Later, he would say that at that moment he was thinking about what had happened to his brother in the La Saline market 24 years before, and his own kidnapping — how tragedy and fear can alter the living irreparably.

“We have a new baby,” said Fenel, pushing his 2-month-old daughter into the arms of his brother.

“There is still life,” said Thelusmar, looking down at the child.

If you would like to help Daniel Thelusmar’s mission, you may send donations to First United Methodist Church of Auburndale, 316 Ariana Blvd., Auburndale, FL 33823. Please indicate the donation is for Project Haiti. One hundred percent of the proceeds will go to earthquake victims.